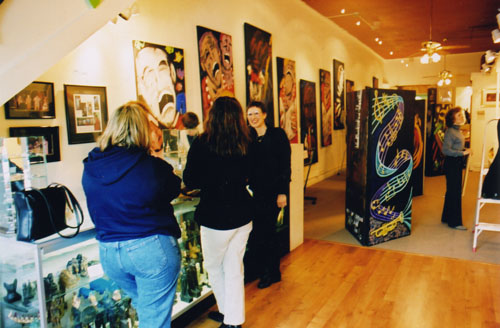 About Vaults of Time

What is the Purpose of Vaults of Time?

First and foremost, it is to help YOU, the Essential Self, to reconnect with your ancient past.

You have lived a series of "serial lifetimes" to get from where you came into this universe to where you are now.

Along the way, you have earned, carried and spent a fair number of coins and used a fair number of artifacts, some of which might just find their way back to you again, and that's where I come in.

My primary purpose is to find those coins and other artifacts that once belonged to you and get them into your hands, to help you to reconnect with your many ancient lives.

Getting those objects here is a matter of Remote Reading to locate them, psychically sensing coins from a distance, and then presenting them on this website for YOU to find.

Why are ancient coins so inexpensive compared to many modern Collectible coins?

First of all, there are a hell of a lot of ancient coins. An ancient mint in the height of ancient civilization produced, on average, some 10,000 coins per day, and every major trading culture had several mints, and sometimes many mints in the primary location and several in their colonies and distant provinces, so the production could easily have amounted to some 50,000 - 100,000 coins every single day for hundreds of years in each major culture.

Just as people do today, folks would lose coins; they'd drop out of a pouch or just roll off a table, out the door and into the dirt or cobbled stone street; there were vending machines in antiquity, as far back as the Hellenic Period, invented by Heron of Alexandria about 30 A.D. and coins can still be found around many temples where offerings were placed, sometimes outside the buildings.

I personally have found many ancient coins on the side of roads, near canals, and around old mills, storage bins and marketplaces. I found dozens of colonials in New England, Civil War coinage on the battlefields of Gettysburg and Antietam, and several tiny gold territorials in the Southwest, as well as tin boxes containing various coinage in and around old pueblo and adobe buildings in the California and Arizona deserts.

Just as in the Early American territories and Far West, people buried their entire life savings in what are called "post banks", meaning that they indicated to themselves where the hoard was buried, usually under a post or near some identifiable landmark; you've seen this phenomenon in tales of buried pirate treasure. Almost always, it's the third or fifth pole in a line.

In modern times, people who don't trust banks and don't want government interference will bury their money or hide it in a "house bank", usually within a door or window frame, or under a plank near the door in case of emergency exit.

Quite often they'd forget where they buried it, or failed to find it again in spite of knowing approximately where it was, or they'd die without telling anyone else where they had buried their hoard or hoards of treasure.

We found many such treasures in the American Southwest and in the mining camps of California, following the trail of the '49er Gold Rush which centered in our area, Nevada County and the Sacramento River System. We have found many coins among the gold nuggets we recovered from the South Yuba and North Fork of the American River back in the 1980s when we were actively gold-mining.

One fascinating group of finds had been stashed along a stone-faced tunnel leading from a barbershop to a brothel. The miners got so drunk, they'd black out on where they left their "poke" if they remembered stashing it away. They hid their poke in fear of getting rolled in the brothel, a common occurrence.

In the gold fields, less than 5% of the total surface gold has ever been recovered, leaving 95% for future discovery. In the ancient coin fields, battlefields, marketplaces and ancient streets and roadways, along the trading trails and silk routes, millions of coins lie buried, to be found and traded once again as they were back in the day.

Now GREAT coins are a different story. Some of them can be quite dear, but psychometric reading coins, because they are not necessarily GREAT numismatics, can be quite reasonable. Be sure to read my blogs on How YOU Can Build a Truly Great Psychometric Past Life Pocket Change Coin Collection.

At the End of the Day, Vaults of Time is ALL about Applied Psychometry, the art of SOUL RETRIEVAL, which is to say, re-contacting YOUR past lives through DIRECT PSYCHIC connections made with YOUR VERY OWN ancient artifacts, coins that YOU earned, handled, carried, and spent sometimes wisely, in your MANY past lives.

Some of the coins on our site don't last even a day in the showcase; they are sold almost as fast as we can locate them, but don't worry; I know which coins are rightfully yours, and won't let someone else get them. If you can't afford it now, the Prosperity Amulet and Generator will surely help make it possible; they are offered in the hopes of bringing you and your WORK as an Essential Being within reach.

The coins on Vaults of Time are both collectibles and psychometrics. If you don't know much about psychometry or you're uncertain how to go about it, CLICK HERE.