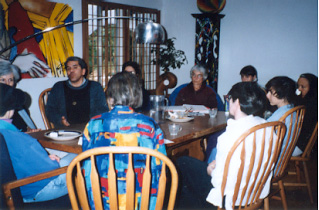 You can order special game pieces by using the contact button on this site.

Here are some of the types you can order, and you can request very specific archaeological sites, dates and circumstances. We may have something already in stock, such as coins of the Roman Republic and Ptolomaic Egypt, or it might be soil samples from Long-Barrow, Stonehenge or Chichen-Itza, or a small chunk of the Wall Street Stock Exchange, Ground Zero or a pebble from Central Park, or even a penny-sized punchout from a Beatles concert ticket, but if we don't happen to have what you want on hand at the moment, we'll do our very best to find your target time and place for you or, if you have a very small thin artifact that will fit inside the gaming piece, we can mount it in a capsule for you.

Gaming pieces are very ancient; we have gaming pieces from a variety of ancient sites including Sumer, Babylon, Amarna and the ancient Lung-Shan Province which once existed in pre-dynastic China.

Soil Sample from Great Temple at Jerusalem, taken in 1867 by a member of Mark Twain's "Innocents Abroad"

There are more, thousands more items, all available as gaming pieces for your VoT Vortex Game.